K-pop groups touch down in France

K-pop groups touch down in France 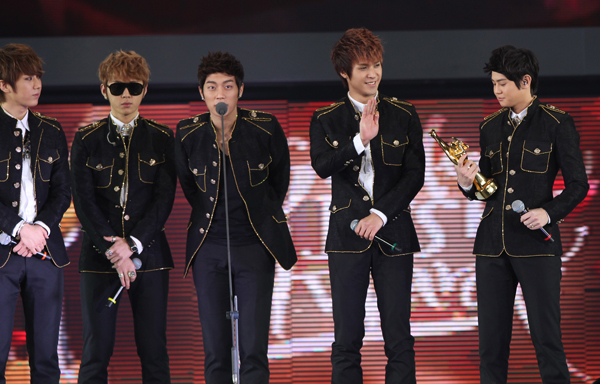 
A throng of screaming fans greeted several K-pop groups with banners and posters as they landed in France to kick off a Music Bank world tour. Girls’ Generation, 4minute and 2PM touched down at Charles de Gaulle airport in Paris on Feb. 7, just one day before the groups will take part in KBS’ “Music Bank in Paris.”

Girls’ Generation, SHINee, 2PM, Beast, 4Minute, T-ara, U-Kiss and Sistar will all appear in the Paris show that will take place on Feb.8. KBS announced last year that in 2012, the music chart show will make its first world tour in a bid to meet with international fans. In May, the show will take to Jakarta and Hong Kong before visiting Los Angeles and Sao Paulo in September.

The show, which started in 1998, is currently broadcast in 73 countries via the KBS World channel. It is currently seen by an audience of more than 200 million viewers, KBS said.