Yoochun denies he is topless celeb

Yoochun denies he is topless celeb 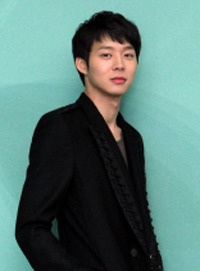 Park Yoochun from boy band JYJ has denied that he is the male celebrity, identified as “A” by netizens, at the center of a blackmail scandal over a topless photo.
JYJ’s agency said yesterday that Park had nothing to do with the scandal that is being hotly debated online. “At first we didn’t even think of making a statement, as the accusation was absolutely ridiculous. However we couldn’t just sit there either so we decided to make an official statement to say that Park is not ‘A.’”
On Thursday, Seoul Central District Prosecutors’ Office claimed that a member of a male pop group had indicted a former lover due to the fact that the girlfriend had blackmailed the singer, threatening to leak a topless photo of the singer if his agency didn’t pay up.
The ex demanded 1 billion won ($891,564) in exchange for the photo that “A” sent her from his mobile phone some four or five years ago when the two were dating.
“The girlfriend was in need of some cash and said she would leak the photos if he didn’t pay up,” a representative from the Prosecutors’ Office said.
The agency filed the indictment against the woman for blackmail last year and prosecutors confiscated the picture in question from her. Various local media have been speculating that there is also a nude video of the unidentified male singer.