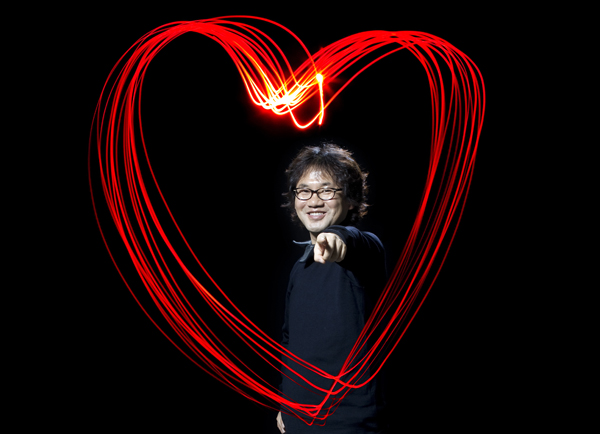 
Nam Gyu-hong, 47, the producer behind the matchmaking reality show “Jjak” (“Couple”), has always been curious about people. He said he even quit studying law at Korea University and shifted his life path in order to become a producer for SBS TV so he could explore the lives of others.

Though his past and current programs mostly delved into people’s lives, behavior and thoughts, he says this new program has given him a new way to feel connected to the world.

“The purpose of this program is to portray people’s hearts and minds while they are searching for a partner,” Nam said

“Jjak” reflects Nam’s enthusiasm for people, as it captures the thoughts of around 10 female and male participants during their search for love.

The show follows them for a week during their stay in a small village. The participants do not know each others’ names, instead using “Guy 1” or “Girl 1” to refer to one another.

Through the show, Nam said he is trying to show the honest feelings humans have towards each other and how they approach each other when dating.

He noted, however, that sometimes it isn’t easy finding participants that are ready for the show.

“People without talent usually aren’t courageous enough to volunteer to star on television,” he said. “But ‘Jjak’ is different.”

Nam said that even ordinary people who are looking for a partner can come on Jjak if they have the courage to admit their intentions.

Over the course of the show’s 11-month run, Nam has interviewed more than 2,000 people who have applied to participate. He said he selects participants based on attractiveness and personality, as these factors make the program more dramatic and fun for viewers.

“After interviewing a bunch of people, what I came to realize is that human beings are really complex,” he said. “Animals such as cats and dogs act based on their habits, but it’s difficult to predict how people will react to things.”

Nam gave a tip on how to find a soul mate based on his experiences producing the program.

For Nam personally, however, expressing his feelings to his wife and three daughters is no easy task.

“Do you know [Jean-Jacques] Rousseau, who published ‘Emile’ on education?” he asked. “Though he knows in theory what good education is all about, he was unfortunate and his family broke down.”

In the future, Nam hopes to sell the format of the matchmaking program to companies overseas, including Japan.

“It would be interesting to see how people in Japan or in Africa act while finding their life-long partners,” he said. “It’d be fun to see the differences.”

Nam said that in the long term, he hopes to make programs for viewers detailing things they have never experienced nor seen before.