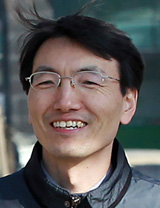 The judge who lampooned President Lee Myung-bak on his Facebook page failed a 10-year evaluation by the Supreme Court and will be expelled from his seat on the bench - a rare event in Korea’s judicial history.

At a meeting on Thursday, the high court’s fourteen justices determined Seo Gi-ho, a judge at the Seoul Northern District Court, was not fit to continue his tenure and Chief Justice Yang Sung-tae finalized the decision yesterday.

Seo has become the fourth judge to fail the evaluation since 1988, when the Supreme Court began evaluating the performance of judges every 10 years after their appointment.

About 113 judges passed this year’s screening process yesterday while one other judge failed alongside Seo, according to the court.

Seo’s performance ranked in the bottom 2 percent, the court said, making him ineligible for reappointment.

“The process of the renewal screening isn’t open to the public,” a Supreme Court official told reporters yesterday.

Seo refused all contact with the media yesterday but sent text messages to some local journalists saying, “I have nothing to say because I was shocked more than I expected. I will soon announce my position.”

Speculation is rising that the court’s decision came after Seo posted derogatory remarks about the president and the state media watchdog’s censorship of social networking services on Facebook in early December.

At the time, Seo referred to the president as “His Highness,” a word that the hosts of popular liberal podcast “Naneun Ggomsuda” (“I’m a Petty-Minded Creep”) enjoy using.

Seo also wrote in his posts that he was not intimidated by the president, because if he were, the president would feed him “a big yeot” (a Korean taffy). “Eat yeot” is an offensive slur equivalent to “f--- off.”

A week after the posting, the head of the Seoul Northern District Court verbally warned Seo against making such public remarks. The Supreme Court also requested him to give prima facie evidence that his online disparagement of Lee and the Korean government was appropriate as a judge.

On Tuesday, the Supreme Court’s personnel committee told Seo that they were dropping him from the contract renewal list for his poor performance, but Seo said he couldn’t accept the decision and asked to open the previous evaluation records.

Seo also submitted 100 pages of documents that he says defend his judicial performance.

Before the evaluation meeting, Seo said on Monday that “the annual screening shouldn’t be used to tame judges’ courageous remarks. If outside pressure influences the screening more and more, the concept of ‘judiciary for people’ will collapse.”