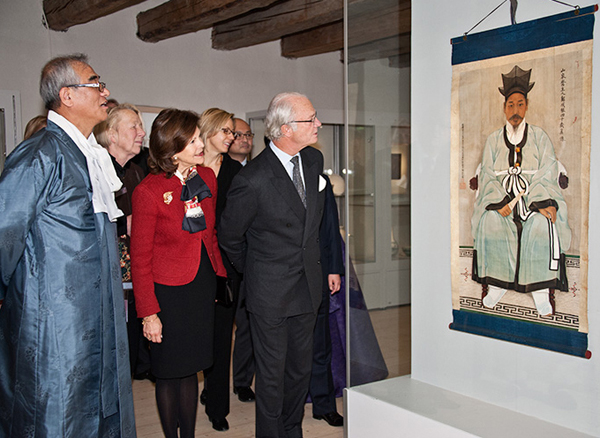 Culture Minister Choe Kwang-shik, far left, on Saturday showed the country’s traditional culture to King Carl Gustaf of Sweden, far right, at the opening of the Korean room in Sweden’s Museum of East Asia in Stockholm. The Korean room displays 160 of 350 Korean artifacts owned by the museum, most of which are ceramics. The antiquities in the Korean room also include donations from Gustaf VI Adolf, who was a devoted archaeologist and served as King of Sweden for 23 years until his death in October 1950. [YONHAP]