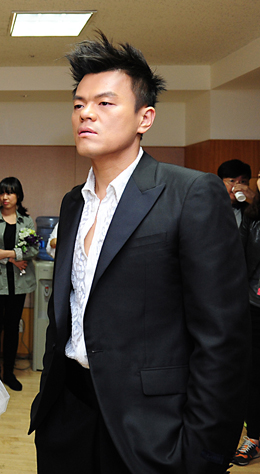 Park Jin-young, a popular singer, songwriter and record producer, has been ordered to pay damages to singer-songwriter Kim Sin-il, who filed a plagiarism lawsuit against him. Park said he would appeal the decision.

The Seoul Central District Court on Friday afternoon ruled that the first four measures in the chorus of the song “Someday,” written by Park for teen sensation IU and released last year, are significantly similar to four measures of the song “To My Man,” written by Kim for female singer Ash and released in 2005. The court ordered Park to pay Kim 21.67 million won ($19,270) in damages.

Kim filed the lawsuit last July, demanding compensation of 110 million won. He argued that “Someday” is similar to “To My Man” in general composition and in many aspects of the chords, melody and rhythm.

Kim first publicized the argument in February 2011, one month after “Someday” was released as part of the soundtrack of TV drama “Dream High,” in which Park and IU appeared. “Someday” was a hit at the time, topping the most-downloaded songs list on major music download site Melon for three consecutive weeks. 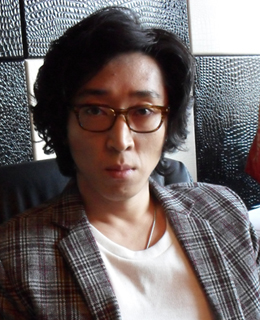 In particular, Kim said the first eight measures in the chorus of “Someday” were plagiarized from eight essential measures in “To My Man.”

Park has refuted the charge, saying the measures in question consist of “money chords,” a common chord progression used in songs.

He said that the chord progression has also been used in many foreign songs, including Kirk Franklin’s “Hosanna” (2002) and J Moss’ “God Happens” (2009). The sequence cannot therefore be regarded as Kim’s creation, Park argued.

But in the ruling, the court recognized Kim’s originality in the chord progression and said Park plagiarized from the first four of eight measures of “To My Man.”

The court also ruled, however, that Park had not plagiarized the latter four measures, saying that they have a different melody. Accordingly, the court ordered less compensation than Kim had demanded.

Responding to Park’s assertion that he had never heard Kim’s song, the court also said that “Park should have been careful enough to check whether his new song infringed on the copyrights of others. He neglected his duty.”

Park wrote on his Twitter page on Friday, “I’m depressed, as they say that I plagiarized a song I’d never heard of. .?.?. I will cheer up and fight again.”

He also released a statement saying he will file an appeal with a higher court.

The ruling has sent shockwaves through the music industry because Park is one of the superpowers of Korean pop music.

He is the founder and chief executive of JYP Entertainment, a major artist management and record production company with a roster that includes girl group Wonder Girls and the boy bands 2PM and 2AM.

This is only the second case in Korea in which compensation for damages was ordered in a plagiarism lawsuit. In 2006, a songwriter identified only as Kim who wrote “Letter to You,” sung by MC Mong, was ordered to pay 10 million won in damages for failing to credit the original songwriter.