DSME CEO is being squeezed out

DSME CEO is being squeezed out 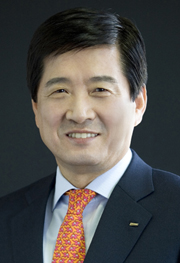 Korea Development Bank, the largest shareholder of Daewoo Shipbuilding & Marine Engineering, the third largest company in the local shipbuilding industry, has demanded CEO Nam Sang-tae step down soon, according to sources in the industry.

According to the financial sector and shipbuilding industry over the weekend, a senior official at KDB recently called in Nam to ask him to give up his post.

KDB reportedly wants a new leader for the shipbuilder. It plans to hold a meeting of the board of directors Feb. 23 and narrow down a short list before March, when shareholders gather for their annual meeting.

“DSME has been seeing the largest plunge in stock price among the big three shipbuilders in Korea, and its profitability is not outstanding,” a KDB official said. “Its corporate value needs to be raised to be put on sale, and extending Nam’s tenure doesn’t help.”

Nam became CEO in 2006 and in 2009 successfully extended his position for another three years. His second term is scheduled to end next month.

“Nam once displayed the intention of accepting KDB’s demand, but hasn’t officially made an announcement about his next step,” an official in the shipbuilding industry said.

However, analysts don’t expect Nam’s resignation to speed up the sale of DSME.

“There needs to be competitors that want to buy the company, but there’s been no sign of that yet,” the KDB official said.

“There are rumors about Nam’s third consecutive term and some promotions, but we can’t disclose the names for now,” an official at DSME said.

Nam was planning to serve a third term after achieving the largest operating profit in the company’s history last year. However, a recent rumor in political circles that Nam got his second term thanks to lobbying by politicians, including first lady Kim Yoon-ok, has cast a shadow on his extension. The ruling party reportedly thinkshe could become a campaign issue in the April general election.