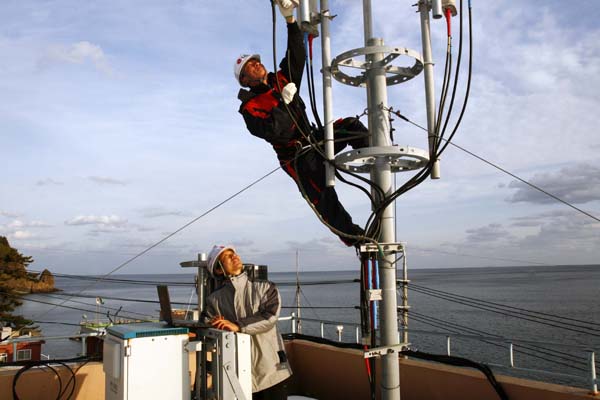 LG U+ network engineers check the condition of the telecom company’s fourth-generation LTE (Long Term Evolution) wireless network on Ulleung Island in the East Sea. Local mobile carriers are ramping up efforts to expand the LTE network, betting the new service will become a solid income generator in an already saturated mobile market. LG Uplus has provided the service in major cities since July last year, and has set its LTE subscriber target at 4 million for this year. [YONHAP]