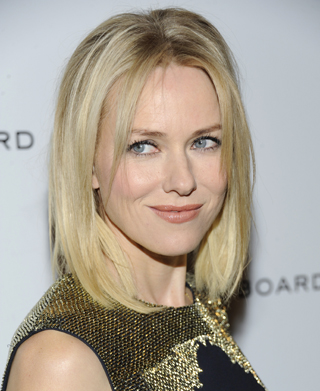 LONDON - British-Australian actress Naomi Watts is to play Princess Diana in a movie about the late royal’s final two years, filmmakers have announced.

Producers said “Caught in Flight” would focus on a period when Diana, the former wife of heir to the throne Prince Charles, found “true personal happiness” shortly before her death in a 1997 car crash in Paris.

Diana wed Charles in a glittering ceremony in 1981, but the unhappy marriage ended in 1996. Charles wed his long-time companion Camilla Parker-Bowles in 2005.

Watts, who won widespread critical acclaim for her role as Betty Elms in the 2001 psychological thriller “Mulholland Drive,” said it was an honor to be able to play the “iconic role” of the woman known as the “People’s Princess.”

“Princess Diana was loved across the world, and I look forward to rising to the challenge of playing her on screen,” said the 44-year-old, who also won an Oscar nomination for her role as a recovering drug addict in “21 Grams.”

The movie about the Princess of Wales, who was just 36 when she died, will be directed by Oliver Hirschbiegel, best known for his epic 2004 film “Downfall” about the final days of Hitler.

“I am delighted to have such a truly exceptional actress who embodies the warmth, humanity and empathy of such a global icon as Princess Diana,” said Hirschbiegel.

The filmmakers did not confirm whether the biopic will feature Diana’s relationship with Dodi Fayed, the son of Egyptian tycoon Mohamed Al-Fayed, who was the princess’s boyfriend and died with her in the crash. AFP