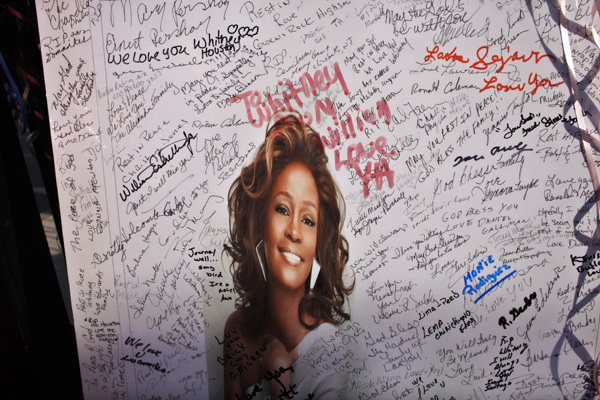 NEWARK - Whitney Houston’s funeral will be held Saturday in the church where she first showcased her singing talents as a child, her family choosing to remember her in a private service rather than in a large event at an arena.

The owner of the Whigham Funeral Home said Tuesday that the funeral will be held at noon at Newark’s New Hope Baptist Church, which seats up to 1,500.

The family said no public memorial service is planned. Officials had discussed the possibility of holding a memorial at the Prudential Center, a major sports and entertainment venue that can seat about 18,000 people, but the funeral home said it had been ruled out.

Funeral home owner Carolyn Whigham said the church service will be by invitation only, reflecting the family’s decision to keep the memorial more personal.

“They have shared her for 30-some years with the city, with the state, with the world. This is their time now for their farewell,” she said.

“The family thanks all the fans, the friends and the media, but this time is their private time,” she said.

Houston, 48, died last Saturday at a hotel in Beverly Hills, California, just hours before she was set to perform at producer Clive Davis’ pre-Grammy Awards bash. Officials say she was underwater and apparently unconscious when she was pulled from a bathtub.

After an autopsy Sunday, authorities said there were no indications of foul play and no obvious signs of trauma on Houston. It could be weeks, however, before the coroner’s office completes toxicology tests to establish the cause of death.

Her body was returned to New Jersey late Monday.