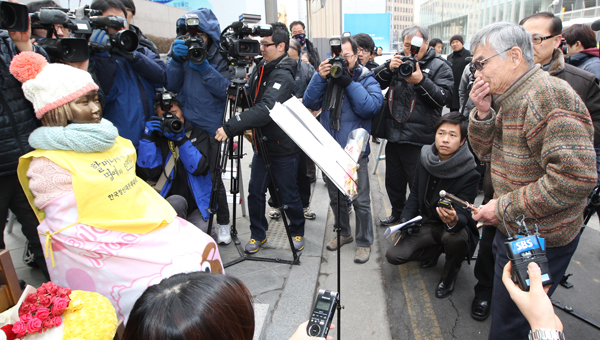 Nomura Motoyuki, right, a 81-year-old Japanese pastor, weeps after playing a Korean song as an apology for the Japanese forcing Korean women into sexual slavery during World War II. He apologized in front of the Peace Monument, where a statue of a young girl symbolizes the so-called comfort women, outside the Japanese Embassy in central Seoul, yesterday. Motoyuki worked to help the poor in Korea in the 1970’s and 1980’s. [YONHAP]