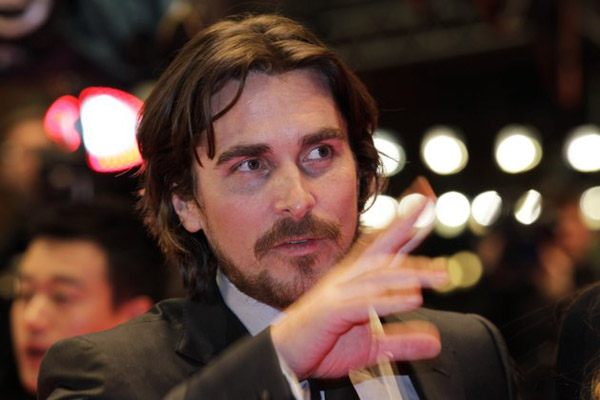 
BERLIN - Oscar-winning actor Christian Bale said Monday a dispute with Chinese authorities after he tried to visit a detained dissident did not sour his experience making the homegrown blockbuster “The Flowers of War”.

The “Dark Knight” star told AFP at the Berlin Film Festival that he did not feel conflicted about promoting the Chinese picture after he was stopped in December from meeting Chen Guangcheng, a blind lawyer-dissident being held under house arrest.

China’s foreign ministry accused Bale of “fabricating news” after he made international headlines when he was rebuffed on the outskirts of Chen’s village in eastern China.

Asked by reporters if China was embarrassed by Bale’s actions, a foreign ministry spokesman said: “I think it is the relevant actor who should feel embarrassed instead of the Chinese side,” and suggested he would not be allowed back in the country.

When asked whether the brusque treatment had tarnished his memories of working in China or hopes to return, Bale said: “Not in that respect. Of course I do hope to [visit Chen], and that is something I’m very interested in.” But he said he aimed to keep the political dispute “separate .?.?. in terms of respect for my fellow filmmakers”. AFP