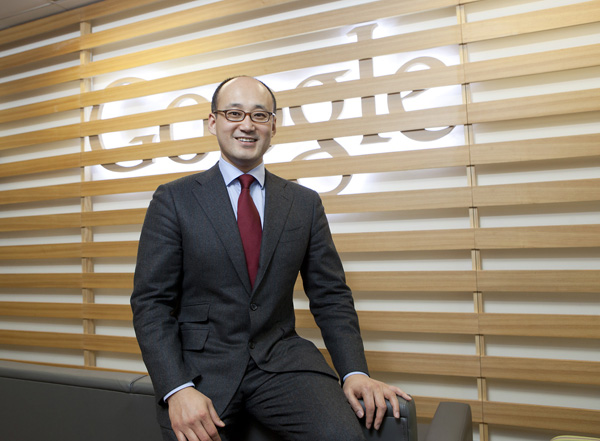 
In 2005, The New York Times published a photo of what it believed Google’s homepage would look like in the year 2084.

According to the paper, users will be able to track down information pertaining to their own future, spy on people using satellite photos and even monitor people’s real-time conversations and tax records.

The photo, created by Randy Siegel, the president and publisher of Parade Publications, was a play on George Orwell’s classic novel “1984.” It drew attention to just how far the U.S. Internet company is coming to approximate the role of “Big Brother” due to its vast information-gathering prowess.

Seven years later, Google, which now owns 80 percent of the world’s search engine market, as well as half of the software platform market for smartphones, is once again making headlines on this all-too-familiar Big Brother theme.

Last month, the company announced that it will consolidate various privacy guidelines into a single policy from March 1 that applies to all of its services, including YouTube, Gmail and Google. In other words, it will share users’ personal information across all the services, meaning that a Google search for the K-pop outfit Girls’ Generation will cause the group’s video clips to be suggested for your viewing next time you log on to YouTube. Depending on how this is perceived by users, it will be either be very convenient, or very intrusive.

While Google argues that it will not be collecting any more data than it does now, some critics say the new policy will make it easier for Google to track users’ online activities.

“Google is well aware that the level of trust it has with its users is of paramount importance,” Doug Yeum, managing director of Google Korea, told the JoongAng Ilbo in a recent interview. “Google will never become a ‘Big Brother,’ as some people fear.”

Yeum took over the helm of Google’s local division last September. After studying electronic engineering and computer engineering at the Massachusetts Institute of Technology (MIT) in the U.S., he worked at A.T. Kearney, BNP Paribas and XFinity, a Korean provider of online solutions. He joined Google in 2007 and has served in a number of posts in charge of online, mobile and content partnerships, among other areas of responsibility.

Q. How is Google responding to the rise of smartphones?

A. Google has been implementing its “Mobile First” policy since 2010. Under that policy, when we develop new services, we take into consideration mobile devices first, rather than personal computers. When people spot an unfamiliar car on the streets, for example, it is our goal to allow them to take a photo of it with their smartphone and search for the model online immediately.

In Korea, which is equipped with a high-speed wireless network in the form of its fourth-generation [4G] LTE [Long Term Evolution] network, it is also important to provide a wide spectrum of video content. Regarding our YouTube service, Korea is the only country where people view it more on their mobile devices than on their PCs.

In the realm of mobiles, strong players like Kakao Talk [a mobile messaging service] and Facebook have emerged. What is Google’s take on that?

In Korea’s PC market, Google was a latecomer - and it struggled as Korean Web portals fared very well. For portals, the biggest downside is that everything has to be done within the framework of the portal. But that is not the case for mobiles. There are many different services now and they can all succeed in their own respective territories.

Let’s say that the first screen that appears on your smartphone is the [home screen]. You can have a G-mail application, and next to it you can have a Naver map app and a Facebook app. That is natural. In that sense, I think there should be more services like Kakao Talk in the future. I believe it is desirable that more such services are launched, and that they cooperate and coexist with our search engine.

There are concerns that Google is collecting too much personal information from its users. Is that the case?

The thing that Google values above all else is trust. Google wants to help people use the Internet or mobile services more conveniently and safely, because the more people search, the more advertising profit the company gets. That is why there’s a saying within Google that goes, “If you satisfy users, the money will follow.”

If you look at the history of the company, since it first began, you will be able to confirm that it has always worked in line with its motto, “Don’t be evil.” This goes back to the “trust” issue I mentioned earlier. Google has always worked to build trust with users, and it is well-aware that, once it loses this, nothing good will come of it.

What measures has Google devised to protect users’ privacy?

Google has made available many tools to protect users’ personal information. We believe that empowering users is the most important thing, so we give that authority to users in all of our services. We may not have done enough to educate people [about such tools], so we should work on raising people’s awareness of this authority we have given them. For instance, in the U.S., we have started a “Good to Know” campaign based on this idea. We are working to launch a similar one in Korea.

We also believe it is important to protect teenagers [from harmful content]. So in the Android Market, parents can designate a rate or set a pass code that cannot be altered by their children. It is important to roll out these functions and educate people about them.

Finally, could you tell us about Google Korea’s plans and vision for 2012?

Three things are equally important for Google Korea this year: mobiles, [improving our] ecosystem and advertising. However, underlying all three is, again, the issue of trust. Trust with users, trust with partners, trust with the government, trust with advertisers. 