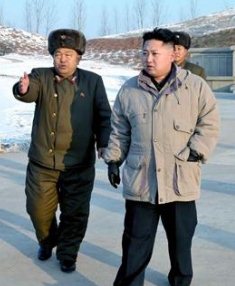 The United States and North Korea will have their third bilateral denuclearization talks in Beijing next week, according to an announcement from Washington on Monday.

“This is a continuation of the meetings that we’ve been having with North Korea to see if it is prepared to fulfill its commitments under the 2005 joint statement of the six-party talks and its international obligations as well as to take concrete steps towards denuclearization,” Victoria Nuland, the department’s spokeswoman, said at a media briefing.

The North pledged its denuclearization in principle during the fourth round of the six-party talks in 2005, but four years later, it withdrew from the aid-for-denuclearization talks, which groups the two Koreas, the U.S., Japan, China and Russia.

Under the alleged deal, the North would promise the freezing of its uranium enrichment program, one of the requirements for the resumption of the six-party talks, in return for U.S. food aid. The U.S. State Department said on Monday the next meeting will focus on the six-party talks rather than food aid. Robert King, the U.S. special envoy on human rights issues in the North, will not accompany Davies, but “If the North Koreans have more to say on the nutritional situation, then Glyn Davies and team will be prepared to hear that,” Nuland said.

In an interview with the Korea JoongAng Daily and the JoongAng Ilbo last Thursday, Marcus Noland, a senior fellow at the Peterson Institute for International Economics, said that Pyongyang and Washington still differed in December over the amount of possible food aid. Washington wanted to give 240,000 metric tons (264,550 tons) of nutritional products while Pyongyang asked to receive 330,000 metric tons, he said.

He said at what amount the North would like to settle would provide a gauge of the leadership of North Korea’s new leader Kim Jong-un.

Seoul welcomed the next round of talks.

“We think it is desirable that talks [with the North] that were suspended after the death of Chairman Kim Jong-il are resuming,” said Cho Byung-jae, a spokesman for the Ministry of Foreign Affairs and Trade, during a media briefing yesterday.

An improvement in inter-Korean relations, strained after two deadly provocations toward the South in 2010, was another requirement Seoul and Washington put on the resumption of the six-party talks.