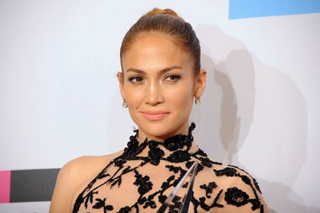 RIO DE JANEIRO - Jennifer Lopez, Fergie and Playboy founder Hugh Hefner will be among the U.S. celebrities who will attend Rio’s famed Carnival, which kicks off Friday.

Lopez will be in the box of Brahma, Brazil’s largest brewer, according to the daily O Globo, which said the singer-actress would arrive Sunday shortly before the start of sumptuous parades of the top samba schools.

Brahma also invited U.S. power couple Brad Pitt and Angelina Jolie, but their presence has yet to be confirmed due to a possible scheduling problem, the daily Extra said, quoting a company executive.

Another Brazilian brewer, Devassa, announced on its Web site: “The secret is out: Hugh Hefner will be present in our box” at the renovated Sambadrome, where the city’s best samba schools will vie for the title of Carnival champion.

Meanwhile, Black Eyed Peas singer Fergie asked on her Twitter account: “In your opinion, what is the most popular camarote [reviewing stand] in Sapucai (the sambadrome)?”

Her attendance at the Carnival was confirmed by a leading shampoo brand.