If you want reliability, buy a Genesis

If you want reliability, buy a Genesis 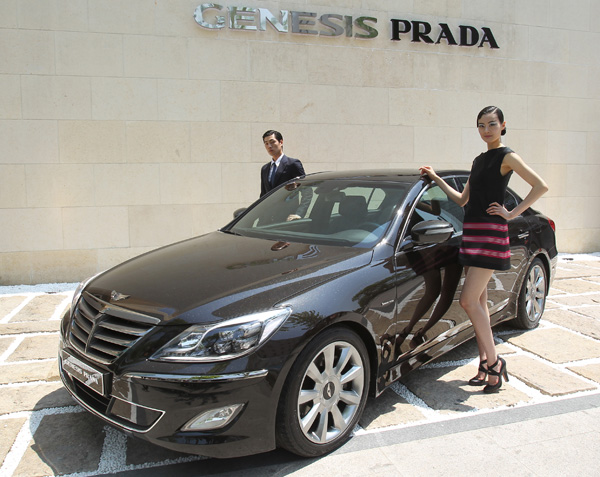 Models pose next to the Hyundai Genesis Prada, which was introduced to the Korean market last summer. [JoongAng Ilbo]

The Genesis was chosen as the most dependable car in the U.S. midsize premium car category in the 2012 Vehicle Dependability Study, ahead of the Mercedes-Benz E-Class, Volvo S80 and BMW 5 Series models, it said.

The Genesis topped the chart on its first evaluation as it debuted in the U.S. market in 2008.

Hyundai said the Genesis received 81 points in the annual test, an all-time low for its vehicles in the study. The model was also named North American Car of the Year in 2009.

The carmaker’s Avante, called the Elantra in the United States, ranked third in the compact car category with 106 points, behind Toyota’s Prius, a hybrid hatchback, and Corolla, a compact sedan.

In the midsize car category, the Ford Fusion came first ahead of Mitsubishi’s Galant and Toyota’s Camry.

Korea’s leading automaker said it came fourth in the overall dependability ratings with 125 points, outpacing Japanese rivals Honda, which placed sixth with 131 points, and Nissan, which came 10th with 152 points. It also beat its own affiliate, Kia Motors, which finished in a tie for 16th with Volkswagen, both on 169 points.

Among mass market brands, only Toyota, its exclusively North American brand Scion, and Ford were ahead of Hyundai in the overall ratings, it said.

The industry average was 132 points, according to J.D. Power and Associates.