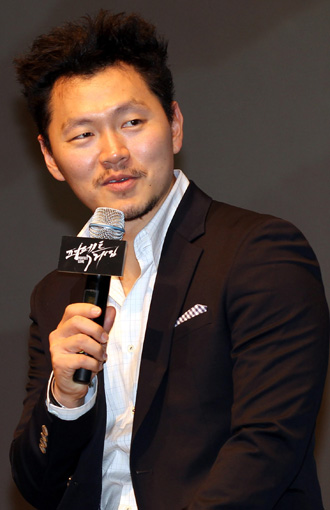 Actor Yang Dong-geun is garnering attention as preview photos from his upcoming drama “Hero” on the OCN channel has emerged.
On the picture released on Feb. 17, the actor is sporting a new look, having lost 15 kilograms for the role and gaining a slimmer jaw line.
Yang’s participation in the new drama will be the first in five years for the entertainer.

“In the drama, Yang plays the role of a man with supernatural powers. In order for him to play the character, he had to work out and watch his eating. He stuck to the regime, lost 15 kilograms in all and was able to do all the stunts necessary,” said the program director of “Hero.”

In the action-packed drama, Yang plays the character named Heuk-chul, a troublemaker from a long lineage of lawyers. Through an unexpected incident, Heuk-chul gains supernatural powers and becomes a superhero who battles against the injustice and corruption in his city.

The first episode of the show is set to air on March 18.

Yang made his debut as a child-actor the drama “One Roof, Three Families.”
He rose to fame from the comedy sitcom “Non-stop 3” (2002).