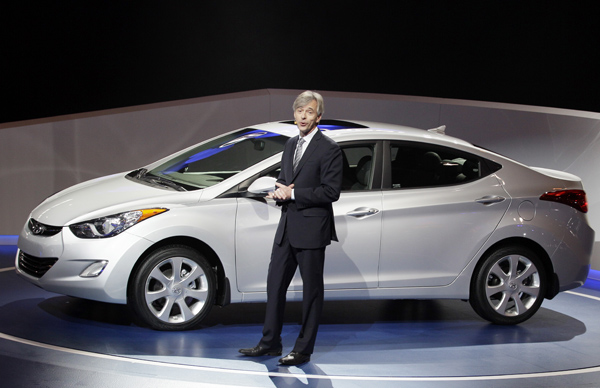 Korea’s leading automaker Hyundai Motor said yesterday its Avante compact has been named Car of the Year by Canadian journalists.

The Avante, called the Elantra in North America, was named the 2012 Canadian Car of the Year at the Canadian International Auto Show that runs through Feb. 26 in Toronto. The award is given by the Automobile Journalists Association of Canada.

The car acquired the highest score of 802 points, beating Kia’s Optima, called the K5 in Korea, which received 786 points. Kia is Hyundai’s smaller sister company and is part of the Hyundai Motor Group, the world’s fifth-largest carmaker.

Avante’s latest accolade comes after the car was named the 2012 North American Car of the Year last month. That award was given by a panel of independent automotive journalists at the North American International Auto Show in Detroit.