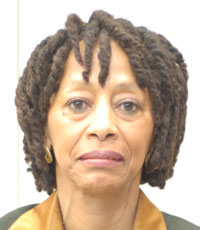 An eminent U.S. legal expert on women’s human rights said yesterday Korea is more than qualified to hold Japan accountable for the Korean victims of sexual slavery at the hands of the Japanese military during World War II.

Gay McDougall, professor of law at Georgetown University who authored a 1998 UN report that helped bring international attention to the so-called “comfort women,” came to Korea to participate in a local academic conference on the issue.

“I suggest that the matter be taken to arbitration, as agreed under the 1965 agreement of the settlement claims. That is the next step I think,” McDougall said in a meeting with local reporters.

Last Aug. 30, the Constitutional Court ruled the Korean government’s inaction to renegotiate with Japan amounts to a constitutional violation, because it overlooks a clause in the 1965 agreement of the settlement of the claims that leaves room for negotiation when there is an understanding gap between the two parties.

Korea claims the Normalization Treaty, meant to smooth out the relationship with Japan after the 1910-1945 colonization rule, did not exempt Japan from its obligation to compensate for the comfort women. Japan claims it did.

After the August ruling, the Korean government established a task force under the Ministry of Foreign Affairs and Trade to prepare for negotiations with Tokyo on the issue and the task force urged Japan to have bilateral talks on the issue. There has been no reply.

The clause dictates if diplomatic efforts do not work, the two sides can try arbitration.

McDougall said diplomatic channels have been pursued on Korea’s part, including its call in October for the UN General Assembly to punish those responsible for the violence against the comfort women.

She said if the issue still remains unresolved through arbitration due to Japan’s lack of cooperation, Korea could attempt to bring it to the International Court of Justice.

She said it is up to the ICJ to judge whether Japan’s wartime act regarding the Korean women is within its sovereignty.

“If the question that is put to the ICJ is a well-crafted one, I think that ICJ should find for Korea on this matter,” she said.

In addition, she said, “if you are asking me whether or not currently relevant international law supports the claims of these women for compensation, yes it does.”

She said the 1965 Korea-Japan agreement was not meant to exempt Japan of its obligation to compensate for the comfort women as Tokyo currently claims.

“If it was intended to, they don’t have power to extinguish these individual rights,” she said.

As a UN Special Rapporteur on violation against women, she published a report in 1998 advising the Japanese government to punish those responsible and issue a formal apology.