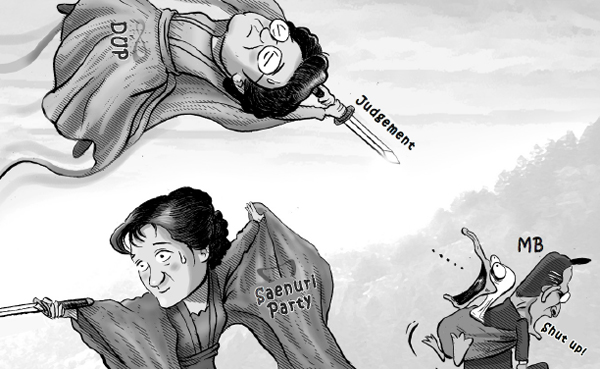 Between the opposition Democratic United Party’s call to judge his administration and the ruling Saenuri Party’s counteroffensive against the DUP’s attack on the Korea-U.S. free trade agreement, President Lee Myung-bak is annoyed. The president is in the last year of his five-year term.