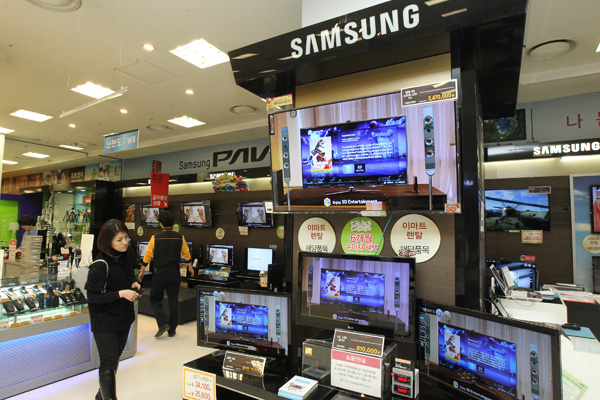 Samsung Electronics continued to ride atop all TV manufacturers in global market share in 2011 for a sixth consecutive year.

According to figures released by DisplaySearch, Samsung was the No.1 brand, with 24 percent of the global market, up from 22 percent in 2010.

The second-largest TV maker, LG Electronics, had 14 percent of the market, followed by the Japanese makers Sony (10 percent), Panasonic (7.7 percent) and Sharp (6.7 percent). Pictured at right is a Samsung flat-panel TV display at E-Mart’s Cheonggye branch in Seoul. [YONHAP]