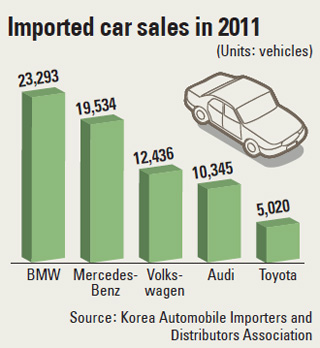 Officials at the Fair Trade Commission and industry executives said that the watchdog recently sent letters to major foreign car importers, including Mercedes-Benz Korea, BMW Korea and Toyota Korea, informing them of its plan to conduct an inquiry into their pricing and distribution policies and sales practices.

Sales of imported cars last year reached a new record. According to the Korea Automobile Importers and Distributors Association, 105,037 units of new imported vehicles were registered, up 16 percent from the previous year. The industry expects imported vehicle sales to gain another 12 percent to 119,000 units this year.

The notification came after consumers complained that price cuts by European automakers, in particular, have been insignificant even after the implementation of a free trade agreement between Korea and the European Union. 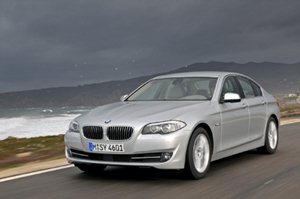 A senior executive at an importer that sells German high-end brands confirmed by telephone with Yonhap News Agency that he had been told of the inquiry.

The investigation will include aspects of customer service, prices of auto parts and the ownership structure of the local importers, FTC officials said.

The investigation is aimed at the most popular premium foreign marques, such as Mercedes, Audi and Lexus.

“Unreasonably” high prices of auto parts were cited as another reason for the launch of the investigation because of suspicions of price rigging, the FTC said.

According to a survey conducted by the Korea Insurance Development Institute last year, prices of auto parts for foreign vehicles were 6.3 times more expensive on average than those for domestic automobile models.