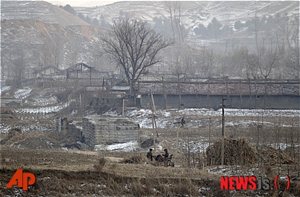 Seoul is stepping up its pressure on Beijing as China remains silent to an increasing international call not to forcibly repatriate a group of North Korean defectors known recently to be held captive in China.

A Korean government official, speaking on condition of anonymity, said yesterday the government will start requesting China to adhere to two international treaties, of which China is a member, to stop sending North Korean defectors back to the North.

“The government, so far, has only stressed the humanitarian point of view when seeking China’s cooperation on the safety of North Korean defectors in China through bilateral discussion channels,” the official said, “but from now on, we will also urge them to consider international obligations in dealing with such an issue.”

The official said the government will bring up the international treaties when China’s Foreign Minister Yang Jiechi comes to Korea. Yang is expected to visit Korea next month, he said.

The two treaties Seoul refers to are the 1951 Convention Relating to the Status of Refugees and the 1987 Convention Against Torture and Other Cruel, Inhuman or Degrading Treatment or Punishment.

Article 33 (1) of the 1951 convention demands member countries not expel or return a refugee to the frontiers of territories where his life or freedom would be threatened on account of his race, religion, nationality, membership of a particular social group or political opinion. The 1987 convention keeps the state parties from expelling, returning or extraditing a person to “another state where there are substantial grounds for believing that he would be in danger of being subjected to torture.”

Many North Korean refugees hiding in China were publicly executed or sent to labor camps after they were sent back to the North, according to North Korean defectors and human rights activists.

Recently, China was known to be planning to repatriate a group of North Korean defectors held since early this month, drawing concerns from the South Korean government and human rights activists across the world.

The Geneva-based Office of the United Nations High Commissioner for Refugees also delivered its concern over the safety of the North Korean defectors to China, Radio Free Asia reported on Friday.