Seoul to be exempted in some part of Iran sanction

Seoul to be exempted in some part of Iran sanction 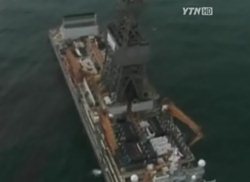 Korea’s trade of non-oil goods with Iran will unlikely be affected by a new U.S. sanction against the Middle Eastern country, according to a Seoul official yesterday.

“There is understanding between Seoul and Washington that Korea is not subject to the new sanction when it comes to non-oil-related areas,” said an official of the Ministry of Foreign Affairs and Trade.

The U.S. Congress-initiated defense funding bill, signed into law on Dec. 31, states U.S. financial institutions will sever business ties with any foreign company if those foreign companies are found to be doing business with Iran’s central bank.

Around 2,000 Korean companies are doing business with the Iranian central bank, and all of them settle payment through two Korean banks, Woori Bank and the Industrial Bank of Korea.

“As far as I know, Japan sent its delegations to the U.S. three times so far [regarding the new U.S. sanction], but that was because Japan is also required to cooperate on non-oil-related areas,” the official said.

The U.S. government is expected to come up with detailed oil-related sanctions next month, so Seoul may send its envoy to the United States for discussions then, the official said. Some diplomatic observers predict the U.S. decision on petroleum-related sanctions could be delayed given the recent instability in the global oil market stemming from a rapid increase in oil prices.