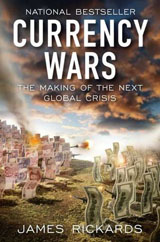 Currency Wars: The Making of the Next Global Crisis

In 1971, President Nixon imposed national price controls and took the U.S. off the gold standard, an extreme measure intended to end an ongoing currency war that had destroyed faith in the U.S. dollar. Today we are engaged in a new currency war, and this time the consequences will be far worse than those that confronted Nixon. 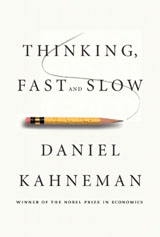 Daniel Kahneman, recipient of the Nobel Prize in Economic Sciences for his seminal work in psychology that challenged the rational model of judgment and decision-making, is one of our most important thinkers. His ideas have had a profound and widely-regarded impact on many fields - including economics, medicine and politics - but until now, he has never brought together his many years of research and thinking into one book. 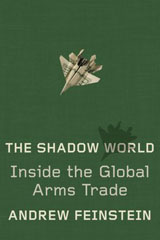 The Shadow World: Inside the Global Arms Trade

This is the harrowing behind-the-scenes tale of the global arms trade, revealing the deadly collusion that all too often exists among senior politicians, weapons manufacturers, felonious arms dealers and the military - a situation that compromises our security and undermines our democracy. Pulling back the curtain on this secretive world, Feinstein reveals the corruption and cover-ups behind a range of deals, from the guns-for-diamonds deals in Africa to the imminent $60 billion U.S. weapons contract with Saudi Arabia. 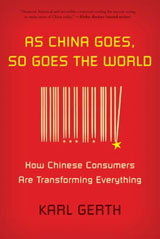 As China Goes, So Goes the World: How Chinese Consumers Are Transforming Everything

In this revelatory examination of the most overlooked force that is changing the face of China, Oxford historian and scholar of modern Asia Karl Gerth shows that as the Chinese consumer goes, so goes the world. While Westerners have become increasingly worried about China’s competition for manufacturing jobs and energy resources, they have overlooked an even bigger story: China’s rapid development of a U.S.-style consumer culture, which is revolutionizing the lives of millions of Chinese and has the potential to reshape the world. 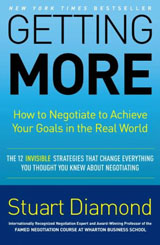 Getting More: How to Negotiate to Achieve Your Goals in the Real World

Based on more than 20 years of research and practice among 30,000 people in 45 countries, “Getting More” concludes that finding and valuing the other party’s emotions and perceptions creates far more value than the conventional wisdom of power and logic. It is intended to provide better agreements for everyone no matter what they negotiate - from jobs to kids, to billion-dollar deals to shopping.

*Provided by Tongbang Publications Import Inc. These new imports are available at major bookstores such as Youngpoong Bookstore and Bandi & Luni’s.