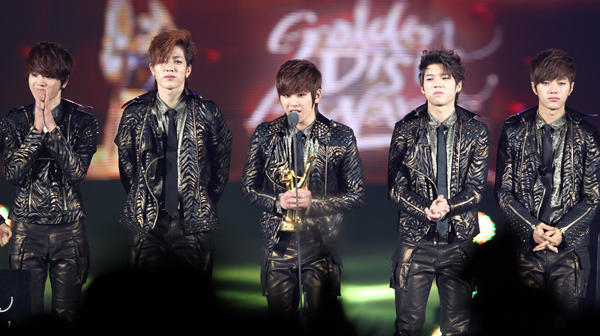 
Boy band Infinite has been picked by Samsung Electronics to become the face of the brand's line of smart mp3 players.

Samsung Electronics announced on Feb. 20 that the seven-member boy band was picked to promote the Galaxy Player in order to market the device for teenaged consumers.

In addition to the standard mp3 and video player, the Galaxy Player contains a WiFi feature that allows the user to connect to social networking sites, online games and educational content as well as various Samsung applications. The product has often been likened to the iPod Touch.

Tickets for the band's two February concerts sold out within 10 minutes of going on sale.

A TV commercial featuring the band will begin to air starting in March.