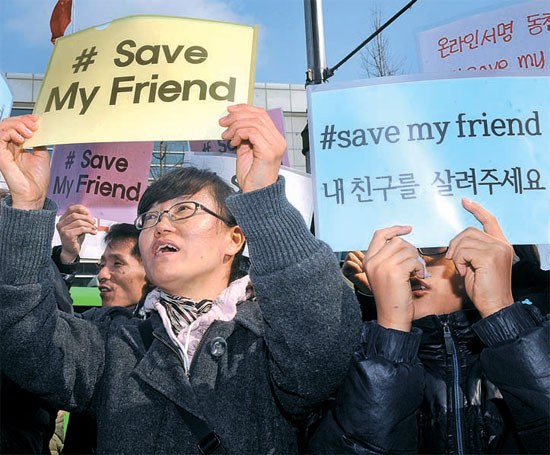 A total of 11 North Koreans have been held in South Korean consulates in Beijing and Shenyang for nearly three years, the JoongAng Ilbo learned from sources yesterday, amid signs of China’s increased stiffness toward the South over the North Korean defector issue.

Five of them are family members of South Korean prisoners of war, they said. 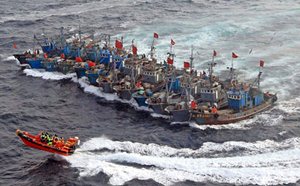 “The Chinese authorities are refusing to allow immigration procedures for them,” said a high-ranking Seoul official.

The new finding came as China remains silent to a growing international call to halt its plan to repatriate another group of North Korean defectors, who are known to have been held in China’s custody since early this month.

The 11 defectors residing in the South Korean consulates include three family members of a South Korean prisoner of war named Baek Jong-gyu, whose remains were brought to the South in 2004 by his daughter Baek Yeong-sun, who defected from the North.

Another daughter of his, Baek Yeong-ok, along with her son and daughter, have entered the South Korean Consulate in Beijing in 2009 to come to the South, the official said.

Two other defectors are also family members of a South Korean P.O.W., he said.

“Those people, who escaped the North in search of freedom, have remained under inhumane conditions, kept in a small building for several years,” the official said, adding that China remains inactive even to President Lee Myung-bak’s appeal.

Lee met with Chinese President Hu Jintao in Beijing on Jan. 9 and requested China’s cooperation in bringing the 11 people to the South, the sources said. At the time, the sources said, China promised to allow the three Baek family members to leave.

Another Seoul official said China is demanding the exchange between the 11 defectors with the Chinese sailors held in custody in the South on charges of attacking South Korean Coast Guard officers in December last year.

Voice of America reported last month that some North Korean defectors residing in South Korean consulates attempted suicide out of frustration with being kept for a long period of time with an uncertain future.

The sources said such lack of cooperation from China over the North Korean defectors’ issue may have prompted Seoul to step up its pressure on Beijing. A Seoul official said on Sunday that the South Korean government will start requesting China to adhere to two international treaties to prevent them from repatriating North Korean defectors.

Until the early 2000s, China allowed North Korean defectors in China to go to South Korea via a third country, a third Seoul official said, but it has toughened up its position over the issue since 2009.