The Unified Progressive Party’s Web site was hacked yesterday and its main page was covered with North Korean flags.

Its leader, Lee Jung-hee, was also photoshopped into a picture of North Koreans mourning over Kim Jong-il’s death. 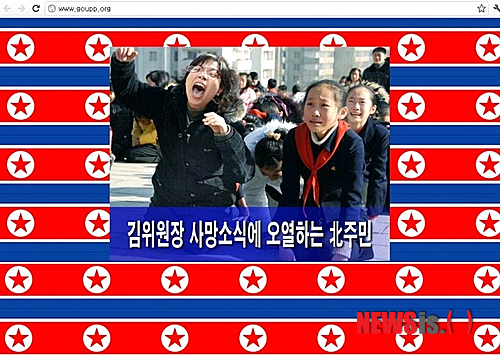 According to the party, two hacking attempts took place from 10:33 p.m. Sunday till 12:15 a.m. yesterday. The caption of the photo read “North Koreans sobbing over Kim’s death.”

The party’s name was also changed to the “Unified Pro-North Korea Party” and the background music was changed to a North Korean song.

“At the leadership meeting in the morning, we decided to ask the police to lay bare the truth about the cyberattack against the Unified Progressive Party,” the party said in a Twitter message.

It also complained that the party’s nomination preparation for the April 11 legislative election was largely hindered due to the hacking.