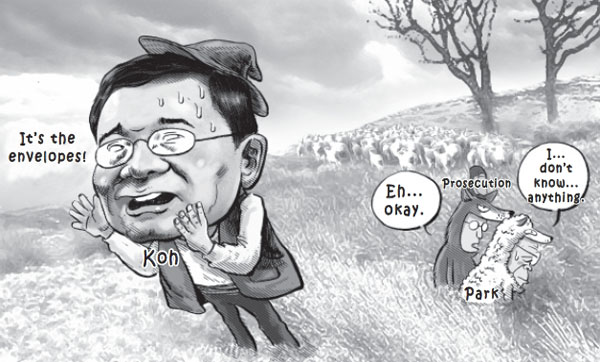 With a lack of evidence to back up his allegations about a cash-for-votes scandal, ruling Saenuri Party lawmaker Koh Seung-duk looks a lot like the boy who cried wolf. Koh accused outgoing National Assembly Speaker Park Hee-tae of distributing envelopes of cash to legislators in exchange for their votes during the ruling party’s 2008 chairmanship election, but the prosecution has thus far failed to find any wrongdoing.