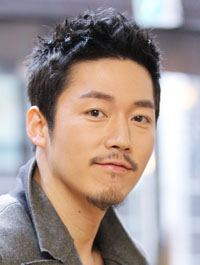 Actor Jang Hyuk is set to star in the movie “Flu,” by director Kim Seong-soo.

The movie is about a fatal flu virus that is wiping out the population and the two male and female leads try to track down the original source of the virus.

It is being produced by Jang’s agency, Sidus HQ, and will be distributed by CJ E&M.

The female lead has yet to be cast, but filming is scheduled to commence in April.

Originally, another strong contender for Jang’s role was Zo In-sung. But when Zo decided to take a role in “Martial Arts of the Fist” because of his allegiance to director Park Kwang-hyun, the role went to Jang.

“Flu” is Kim’s first directorial project since the 2004 hit film “Back.”

Jang and Kim previously worked together on 2003’s “Please Teach Me English.”