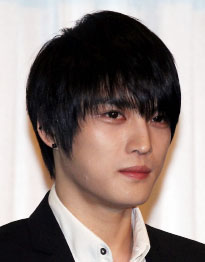 JYJ member Kim Jae-joong will star in the drama “Time Slip Dr. Jin” alongside Hallyu star Song Seung-hun, according to the marketing agency 3HW on Feb. 21.

Kim will play a soldier who hails from a family of servicemen during the Joseon Dynasty. His character is a tough and skilled martial arts combatant who has a soft spot for his first love.

The drama will be the first period piece for Kim, who starred in last year’s “Protect the Boss.”

Meanwhile, Song has been cast to play the lead in the new drama. Although it is not yet known which network will show the program, it is slated to air sometime in the first half of the year.

“Time Slip Dr. Jin" is based on a Japanese comic book set during the Edo period.