Uproar over actress still on in Japan

Uproar over actress still on in Japan 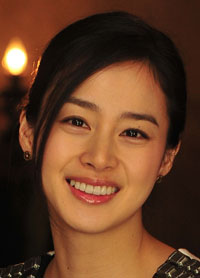 Korean actress Kim Tae-hee’s deal with Japanese cosmetics and pharmaceutical company Rohto seems to be on shaky ground after a product-launch event was cancelled yesterday, just one day before it was slated to take place.

Japanese media outlet Nikkan Sports reported on Monday that the event was canceled by the cosmetic company.

The event was to have taken place in Tokyo and would have featured a preview of a new television commercial for its skin-care line starring Kim.

Rohto said the cancellation was made because of public outcry over Kim as the face of the brand.

“Due to negative feedback online about the commercial featuring Kim, we decided to take precautions and listen to what the public had to say,” a representative from Rohto said.

Kim once claimed that the Dokdo islets, to which Korea and Japan have both laid claim, belong to Korea.