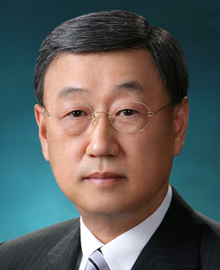 Doosan Group Chairman Park Yong-hyun was named chairman of the Korea Mecenat Association yesterday, a role he will keep until February 2015.

“An advanced country needs to raise the level of its culture and arts in line with its economic developments,” Park said in his inaugural speech. “I will seek measures to expand the Mecenat movement in Korea and increase support for low-income families to help them engage in cultural activities.”

Park has stressed the importance of corporate social responsibility since becoming Doosan’s chairman in 2009, after which the company launched a task force to roll out CSR activities.

The association, established in 1994, is a nonprofit organization that supports the artistic, cultural and sporting activities of around 210 businesses. Many of the programs are aimed at helping the disabled, ethnic minorities and low-income families.