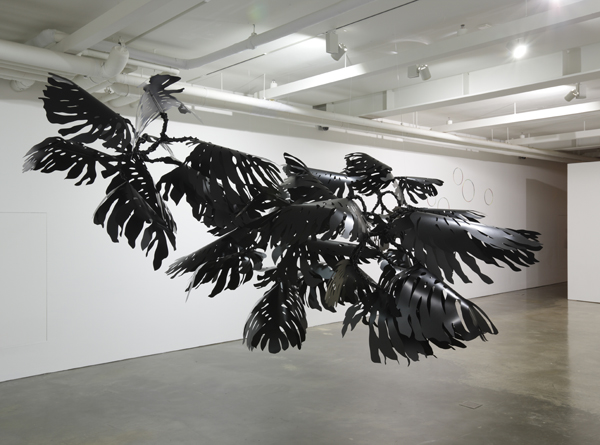 Franziska Furter’s sculpture “Monstera” is part of the “Reflections from Nature: Collection Cahiers d’ Artistes” exhibition, which features Swiss artists that have been strongly influenced by nature. The show runs through April 21 at the SongEun ArtSpace in southern Seoul. Provided by the gallery


Switzerland is generally known for its mountains, banking, watches and, of course, cheese. And while Swiss design is also well known in Korea, its fine art is not so familiar. But an exhibition now on display at the SongEun ArtSpace in southern Seoul will give viewers a glimpse of renown Swiss artists. 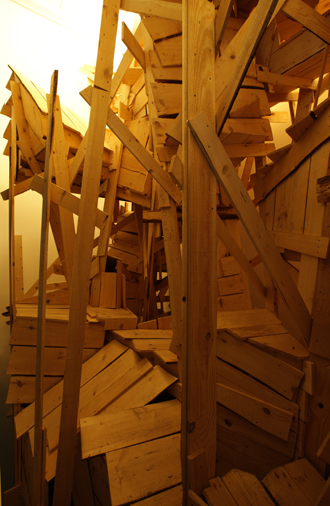 Gregory and Cyril Chapuisat’s site-specific construction is part of the exhibition on display through April 21.

“Artists who have been strongly inspired by nature have been chosen for this exhibition,” said Chae Young-ok, project manager of Laurence Geoffrey’s, an art consulting firm in charge of SongEun’s art projects. “Also, we’ve selected artists who are all showing for the very first time in Korea.”

Works by Franziska Furter lead viewers to observe nature from unique viewpoints. One of the pieces on display is the large black paper sculpture “Monstera” that depicts a tropical plant of the same name. The installation work “Rings,” which is a group of metal rings wound together with rainbow-colored wires, is also featured in the exhibit.

Furter said the monstrous “Monstera” is black in order to depict the work’s original drawings.

“My works start from drawings and I think this sculpture is a 3-D drawing of the plant,” said Furter, who was in Seoul last week for the installation of her works and the press preview. “As drawings are commonly made in black with pencils, the sculpture is also black.”

Perhaps the most eye-catching piece in the exhibit is the wooden construction by Gregory Chapuisat and his younger brother Cyril. It is built with complicated passageways and stands high in a corner of the gallery, where the space is open from the first through the third floors. Visitors can go up along the passages of the cabin.

The Chapuisat brothers lived like nomads from 2003 to 2008, presenting site-specific installations in the places they stayed. Although Cyril has settled in Geneva since 2008, Gregory is still jumping from city to city and keeps collaborating with his brother on their projects.

Asked whether the work reflected his impression of Korea, Gregory said in the press preview on Feb. 16 that it wasn’t the case.

“The impression will be reflected to our next work in our next destination as we need time to digest the impression,” he said. Gregory stayed in Korea for over one month and left early this week.

The other two artists are Adrien Missika, who shows an artistic video “Love to Death,” and Luc Aubort, who presents a series of works reflecting his exploration of materials and forms.