Aging head of entertainment group jumps back into the spotlight

Aging head of entertainment group jumps back into the spotlight 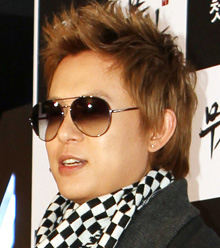 Tony An, the 33-year-old CEO of TN Entertainment, has made the shocking announcement that he will join Smash, an idol group under his company’s management, as its sixth member.

“Tony will join Smash starting in March, when the band will release a new album. He will participate in all promotional efforts with the band,” said a music industry insider.

According to the same source, the new album was also produced by An, who was previously a member of boy band H.O.T in the 1990s.

On Jan. 31, An shocked fans by using his Twitter account to say, “Surprise! I’ll be joining a band after eight years as a solo artist. I’ve been working out, rehearsing and recording with the band. You can expect some great things from us.”

Since then, Ahn has not divulged any additional information about his new venture.