Block B controversy carries on in Thailand and Korea

Block B controversy carries on in Thailand and Korea 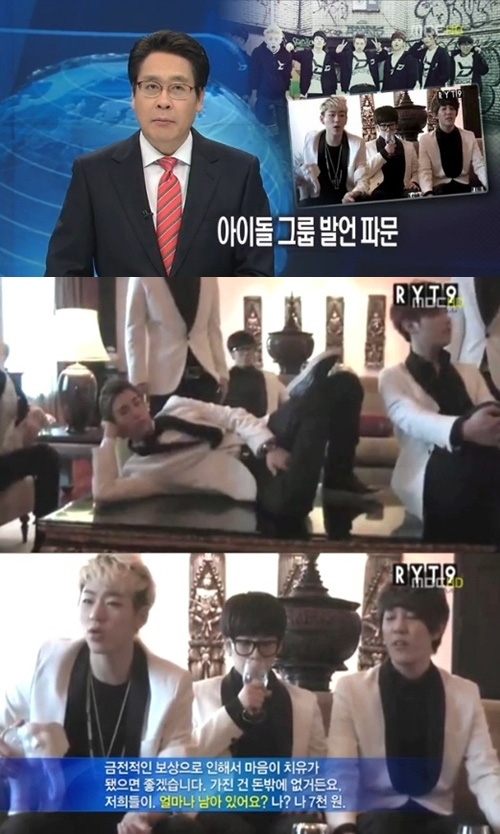 The controversy surrounding newbie Korean band Block B’s careless remarks about the Thai floods of last year has become a topic of national interest in both nations.

In Korea, the remarks of the band member Zico, who joked that he would donate 7000 won ($6) to relief efforts, was shown on MBC’s “News Desk” on Feb. 22. The news program, which showed footage of the controversial interview the band undertook with a Thai media outlet, went on to call the boy band rude and disrespectful.

Furthermore, the current events show reported that Thai citizens were furious, with one Thai commenting, “Up until now, I only had good things to say of K-pop, but not anymore.”

In Thailand, the public is divided over those who say that the band members didn’t mean to be rude, but were “just careless,” and those who want to see the demise of K-pop in their homeland.

A notable Thai to speak out on the scandal was the entertainer Nakor Silachai from Thai terrestrial network, Channel 5.

“It’s just a misunderstanding; if they had understood the gravity of the situation, they would have never said those things. In order to judge them, we must look to their actions,” Silachai said.

The video of the Block B interview started circulating on Feb. 19. When the interviewing reporter mentioned the recent floods in Thailand, which left hundreds homeless, group members used the opportunity to joke around.

Since the episode and public uproar, Zico has shaved his head to show his repentance.