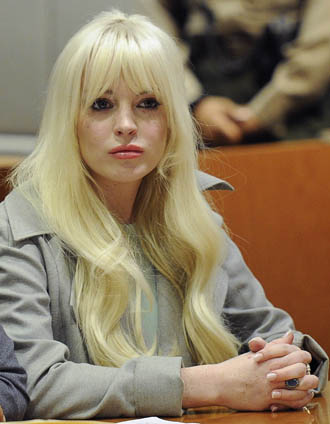 NEW YORK - Troubled actress Lindsay Lohan has been chosen to host an episode of the popular U.S. sketch comedy show “Saturday Night Live” next month - a decision that has some up in arms.

The show’s producers said on Twitter that the former child star - commended by a judge Wednesday as “back on track” after repeated run-ins with the law - would host the program on March 3, with Jack White as the musical guest.

Lohan - who made headlines when she posed nude for Playboy last month, reportedly earning nearly $1 million for the photo spread - was quick to express her thanks, writing on Twitter: “SNL, I love NBC.”

But others in the Twittersphere were not so thrilled.

“Oh dear, what a hot mess that will be #SNL,” wrote one user with the handle Harry Potter. Another, named Jio de Leon, added: “I am expecting this to be a train wreck, just like her life.”

Another user, Laura Black, urged her followers to call SNL producers and the NBC television network to demand that they pull Lohan from the lineup.

Lohan - the star of hit Disney movies “The Parent Trap” and “Freaky Friday” as well as “Mean Girls” - is well-known for her hard partying and has faced a series of legal tangles over the years.

In January, California judge Stephanie Sautner said the actress, 25, was doing well in complying with the terms of her probation, meaning it could be over at the end of March. And on Wednesday, the same judge gave Lohan another glowing report, as she appeared in court in Los Angeles for her latest probation review.

“Miss Lohan, you’re in the home stretch,” she said. “The probation officer is pleased with your progress. You seem to be getting your life back on track, and that’s what we all hoped for. AFP