On to the next round ­

On to the next round ­ 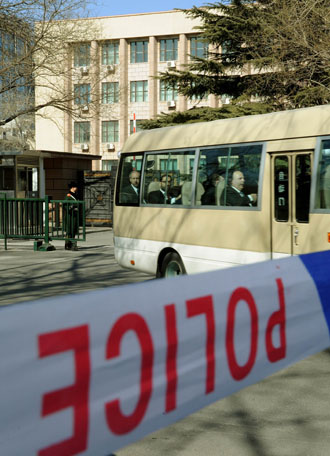 The U.S. special envoy on North Korea, Glyn Davies and his negotiating team (in minibus) leave the North Korean Embassy after the first round of bilateral talks in Beijing yesterday. The U.S. team said last night that the bilateral talks will be extended by one day. The bilateral meeting will be the third since last July and the first since Kim Jong-un took power after his father’s death. The two sides had been scheduled to meet in December but the plan was shelved after Kim’s death on Dec. 17. [AFP/YONHAP]