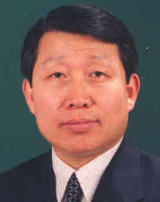 The president candidate recommendation committee yesterday afternoon chose Ko from among a short list of five candidates. Ko’s appointment will be confirmed at a shareholders’ meeting scheduled to take place late next month, according to sources in the financial and shipbuilding industries.

Ko, 57, joined DSME - the third largest company in the local shipbuilding industry - in 1980 and served in various positions including sales, human resources and business planning.

Should Ko be approved, he will be replace Nam Sang-tae, who has served two three-year terms since 2006, and attempted to stay president for one more term.

Earlier this month, Korea Development Bank, the largest shareholder of DSME, demanded Nam step down, saying that the company’s corporate value needed to be raised.

Speculation surfaced that Nam got his second term thanks to lobbying by politicians, including first lady Kim Yoon-ok. The ruling party reportedly thinks his appointment could become an issue in the April general election.