2PM to donate proceeds from Chinese concert to China

2PM to donate proceeds from Chinese concert to China 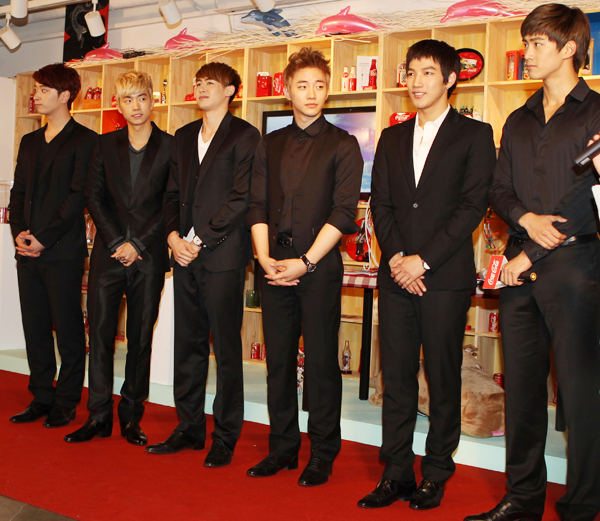 
2PM took its “Hands Up Asia Tour” to Nanjing, China, on Feb. 25. The sell-out performance in front of more than 9,000 fans took place at Nanjing Olympic Center Gymnasium. Following the show, the band announced that part of the proceeds from the show will be donated toward the needy in China. The donation will go towards purchasing school equipment for a school on Honam Island.

The Chinese leg of the 2PM concert was a success, making the band the second most searched topic on the Chinese Web site Weibo.com while the concert was going on. “The Chinese fans have been waiting a long time for the concert. It was a performance where the band members could feel the nation’s love toward them,” said the band’s representative in China.

The tour started in September last year in Seoul before going to Taiwan, Indonesia, Singapore, Thailand, mainland China and finally Hong Kong. More than 52,000 fans of the band attended the Asian tour.

“Thank you so much to all the Asian fans for their support during the band’s first ever Asian [tour],” said a representative from JYP Entertainment.