Ji Chang-wook in a car accident

Ji Chang-wook in a car accident 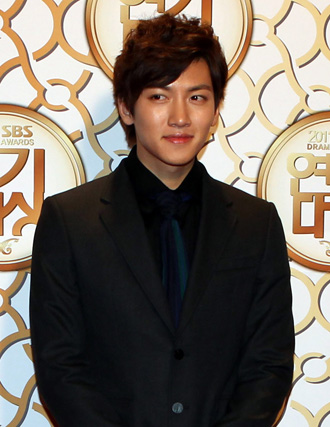 Actor Ji Chang-wook was involved in a car accident on Sunday, but still managed to show up for work.
According to Gangnam Police, Ji was traveling with his manager, who was driving their van, when the vehicle collided into a stationery truck at an intersection in Nonhyun-dong, Gangnam District.
The actor was immediately taken to a hospital nearby but was discharged with minor injuries. He then went back to work on the set of his latest drama, “Bachelor’s Vegetable Store.”
“Ji suffered cuts on his forehead but there were no fractures,” Ji’s representative said. “On set, he complained of a migraine resulting from the accident, but to fulfill his promise to his fans, he soldiered on.”
“The van’s front bumper and hood were wiped out,” a spokesperson from the Gangnam Police said. “But the driver wasn’t drunk.”
Meanwhile Ji made his debut in the KBS drama “Sons of the Sol Pharmacy” in 2009. He shot to fame in dramas such as “Warrior Baek Dong-soo” (2011) and “Hero” (2009).