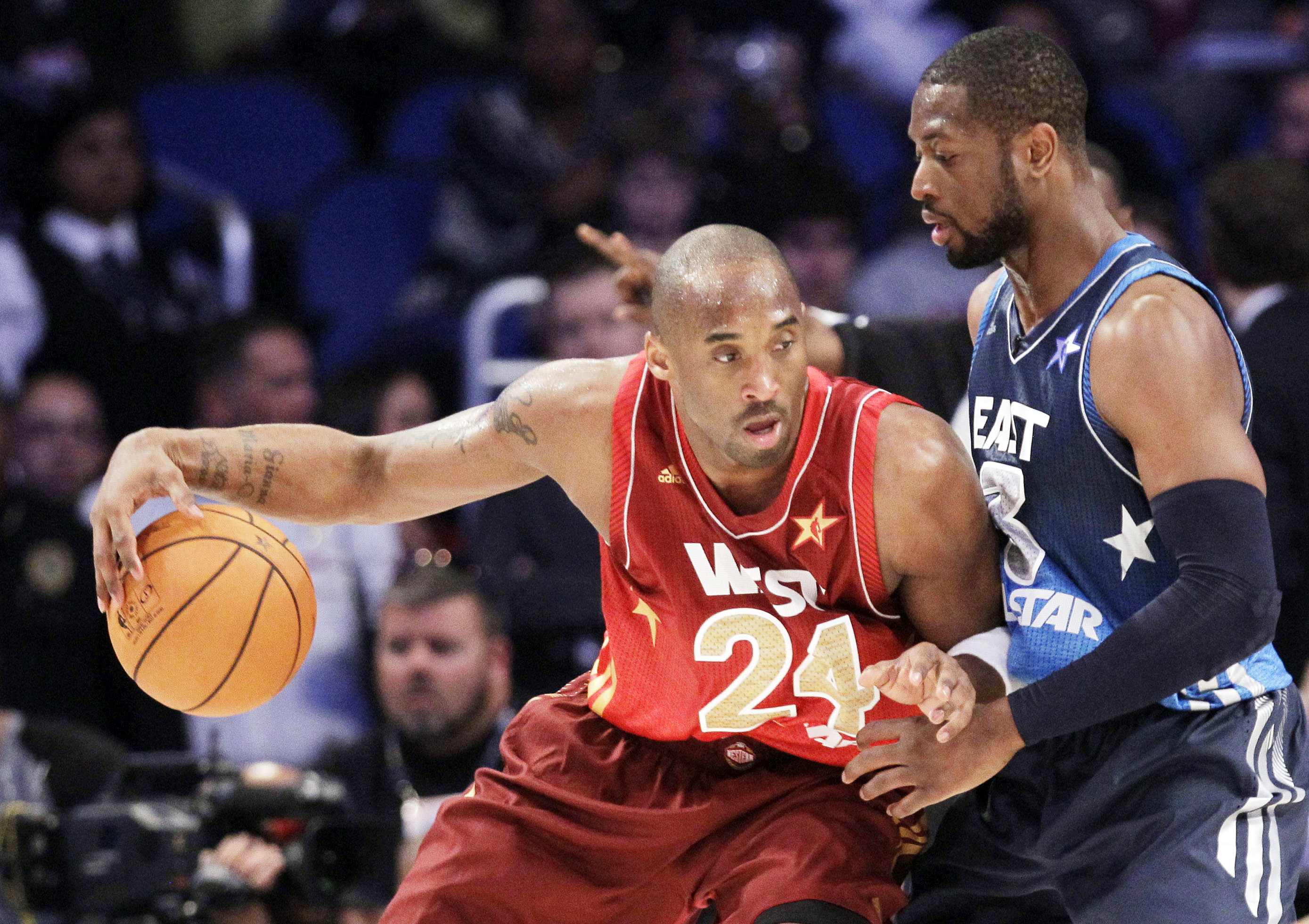 ORLANDO, Florida - Kobe Bryant took Michael Jordan’s record, then nearly lost the game to LeBron James as the West held off a furious East comeback to win the NBA All-Star game 152-149 on Sunday.

Bryant scored 27 points, moving past Jordan as the career scoring leader in the game. Most Valuable Player Kevin Durant had 36, and Thunder teammate Russell Westbrook finished with 21.

“With all these great players on the floor, you never know what will happen,’’ Durant said. “Guys making big shots, and they cut it down to one. We were up 18.’’

James and the East cut a 21-point deficit to one in the closing seconds, but weren’t able to move in front. James had 36 points and fellow Heat star Dwyane Wade finished with a triple-double.

Blake Griffin scored 22 points for the West, which rang up 89 points in the first half, setting an All-Star record. But he won the game with his defense, picking off James’ pass when the East had a chance to tie in the final seconds.

“I can’t turn the ball over like that,’’ James said. “I let my team down, but overall it was a great weekend.’’

Griffin then hit one free throw with 1.1 seconds left, and Wade was off on a 3-point attempt from the corner. He finished with 24 points, 10 rebounds and 10 assists, joining Jordan and James as the only players with All-Star game triple-doubles.

With Durant named MVP, Bryant is tied for the All-Star record with his four. But he got a bigger mark in his 13th All-Star game.

He broke Jordan’s record of 262 points on a dunk with 4:57 left in the third quarter and now has 271 for his career. He entered with 244 and passed Oscar Robertson (246 points) and Kareem Abdul-Jabbar (251) earlier in the game.

It nearly wasn’t enough, as the East’s comeback had the crowd, filled with entertainers and athletes, chanting for defense - never a part of the All-Star game vocabulary - in the final seconds.

With Bryant covering him, James hit two long 3-pointers in the final period, and the East had a chance when Bryant, with the crowd loudly booing, missed a free throw with 18 seconds left and the West up 151-149.

“They pretty much beat us up all game so we just wanted to make a game of it,’’ James said.

But New Jersey’s Deron Williams was short on a 3-pointer, and after the East came up with it, James fired a pass into a crowd that Griffin intercepted.

On a colorful night in Orlando, from pregame performer Nicki Minaj’s pink and green hair to the neon sneakers many of the stars wore, Dwight Howard had nine points and 10 rebounds as the game’s host.

The NBA’s first All-Star game in Orlando in 20 years wasn’t close after two quarters. But players always say it gets competitive in the final five minutes, and James was again up for the challenge.

He hiked his scoring average to 25.9 points over his eight All-Star games, and someday he’ll probably take the record Bryant set Sunday.

But he couldn’t quite catch Kobe in the game. AP