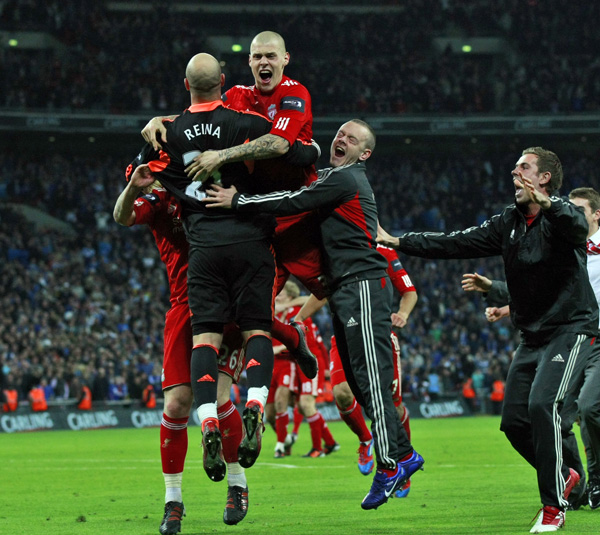 Liverpool players celebrate after defeating Cardiff City in the English League Cup final at Wembley Stadium in London on Sunday. Liverpool won on penalties after the match ended in a 2-2 draw, giving the team a record eighth League Cup and the first in a possible silverware double this season. [AP/YONHAP]