What a difference a year makes

What a difference a year makes 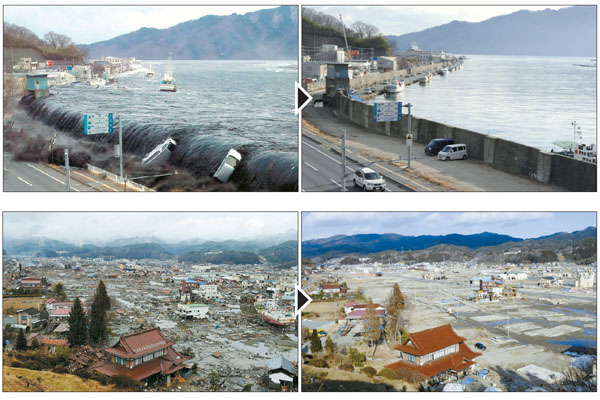 Two weeks before the first anniversary of the Japanese earthquake, recovery efforts are plainly visible. The top photos show Miyako City in Iwate Prefecture on March 11, 2011, as a tsunami breaches an embankment, and the same area on Jan. 16, 2012. The bottom photos show tsunami damage in the city of Kesennuma five days after the earthquake, and the same area on Jan. 14, 2012. The massive earthquake and tsunami claimed more than 19,000 lives and wrecked reactors at a nuclear plant in Fukushima Prefecture, the damage from which has still not been contained. [AFP/YONHAP]