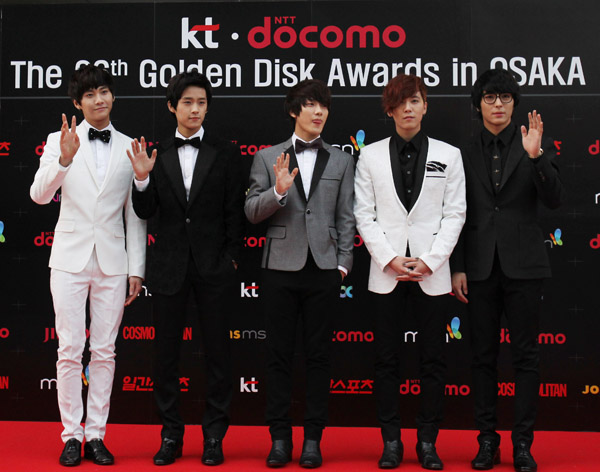 FT Island will sue cosmetics brand Baviphat for alledgedly breaching a contract made between the two parties in April of last year.

According to the K-pop group, FT Island had an exclusive product-endorsement agreement with the cosmetics company, but Baviphat used the band to market its products in overseas markets contrary to the agreement and continued to use promotional materials featuring the band after the contract period ended.

The agency said it thought the company should pay 40 million won for each of the five band members.

“Without ever having asked for permission, the company infringed on the portrait rights by using the band for its marketing efforts in Japan, Malaysia and other Asian nations,” a representative from FNC Music said.

Aside from the legal battle, FT Island is promoting its latest EP, “Grown-Up.”