Korea-Turkey FTA is moving ahead: Envoy

Korea-Turkey FTA is moving ahead: Envoy 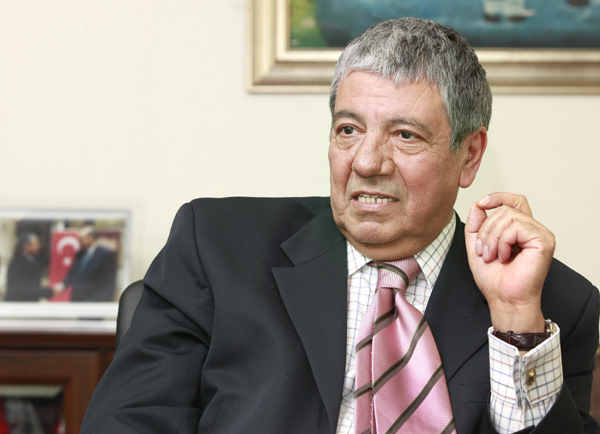 Naci Saribas, Turkish ambassador to Korea, speaks on Turkey-Korea relations during an interview with the Korea JoongAng Daily on Monday. By Park Sang-moon


Naci Saribas, Turkish ambassador to Seoul, told the Korea JoongAng Daily that Turkey and Korea will finish selecting trade items for the bilateral trade agreement by the end of March, speeding up the passing of the pact.

“We will try to conclude the agreement of trade goods by the end of March,” the ambassador said in an interview with the Korea JoongAng Daily on Monday.

“Investment and services will come later, and we will finalize [selecting] trade goods.”

One of the reasons they are pushing the trade pact forward, the ambassador explained, is because the Korea-E.U. free trade agreement technically reduced Turkish tariffs on Korean products, while a Korean tariff still remains against Turkish products.

“We are an associate member of the European Union, which means we have a reduction of tariffs [on imports into Europe],” the ambassador said.

“And Korea has signed the free trade agreement with the European Union, so Korean products coming to Turkey enjoy special tariffs from the Korea-EU FTA.”

“On the other hand, because of the FTA with the EU, European Union members have an advantage of exporting to the Korean market, which we don’t have,” he continued.

“That’s one of the reasons why we would like to have this agreement pass as soon as possible.”

According to statistics from the ambassador, the trade volume between Korea and Turkey is unbalanced, but the ambassador believes Turkey’s export volume will jump after the Korea-Turkey trade pact.

“The trade volume is now $5.7 billion from Korea to Turkey, and Turkey’s exports to Korea are about $300 million,” he said.

“We are expecting our exports to increase in Korean market sectors, such as textiles, agriculture, food, small machinery, chemicals, minerals and furniture.”

When it comes to the suspended negotiation over Korea building a nuclear power plant in Turkey, the ambassador said Turkey is still ready to see if Korea’s concrete proposals meet their expectations.

“The negotiation has been suspended since November 2010 with South Korea and there were some sticking points: tariff, treasury guarantee and the third-party liability during an accident,” he said.

“About the third-party liability, we are conducting domestic studies to introduce a new law. But on tariffs and treasury guarantees, our position has not changed.

“We are ready to receive technical delegations from Korea, but up to now, we have not received any concrete proposals,” he said. “If the Korean side is in a position to provide a concrete proposal on this issue, any technical meetings could take place any time”.

“We hope to conclude these things as soon as possible, because we are planning to get 5 percent of our electric energy needs from our nuclear power plants by 2020,” he said. “Within 15 years, we foresee an investment of 100 billion dollars in our energy sectors.”