Things left on buses are more lost than found

Things left on buses are more lost than found 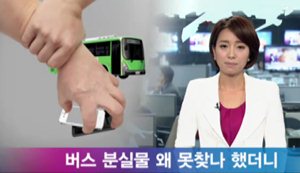 If you leave something behind on a bus, the odds of recovering it seem to be entirely up to chance.

That wasn’t the case for a bank employee named Jeon who left his laptop on an intercity bus on his way home from work last June. The next day, Jeon, 33, contacted the bus company to see if they had found it.

The company’s response: “We haven’t found anything.”

Wisely, Jeon reported his missing laptop to the computer manufacturer.

Three months later, the manufacturer’s service center contacted Jeon and informed him that the stolen laptop was scheduled for repair. Jeon reported it to the police.

It turned out, the manager of the bus company’s lost and found service had adopted Jeon’s computer to use as his own.

The police said yesterday it indicted that man, an employee of a bus company in Susaek-dong, Eunpyeong District in northwest Seoul surnamed Kim, 33, and three other employees for stealing wallets, cellphones, laptop computers and other valuables left on buses.

Between July 2008 and December 2011, police said, Kim filched 123 items that were worth a total of 10 million won. A technician surnamed Jeong, 50, took five cellphones left by passengers from the lost and found section worth around a million won since August 2011.

Police said many passengers called to inquire about their lost items, but were simply told they hadn’t been found.

“It has been revealed that the bus company stores lost items carelessly and does not follow proper regulations for dealing with them,” a police officer said.