MC Mong returns to Korea for his final trial

MC Mong returns to Korea for his final trial 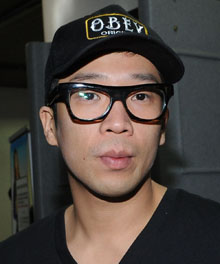 Rapper MC Mong has returned to Seoul after a holiday in the United States that was sponsored by fellow entertainer Kim Jang-hoon.

Last November, MC Mong was found innocent of charges that he tried to dodge his mandatory military service.

However, he was found guilty of having obstructed justice, and received a six-month prison sentence – which was suspended for one year – as well as 120 hours of community service. He faces his final trial in March.

“There seems to be no end to this drama. After the trial in March we are hoping that things will go back to normal. The prospect of work is unimaginable for MC Mong right now,” said the star’s agency.

On Jan. 11, Kim used his Web site to announce that he had paid for a U.S. trip for MC Mong, who he feared was suffering from severe depression.

“I was worried for his welfare in case he was at risk of killing himself,” Kim said. “For the last year he has spent his time hidden away at home or at the studio, always subject to public ridicule when he stepped outside. I see signs of depression and panic disorder in the guy … I felt like he really needed the break, so I sent him off.”

Since the accusations were made, MC Mong has been the subject of severe public criticism, prompting the celebrity to stay well out of sight.