Quirky new film makes the most of a hairy mess

Quirky new film makes the most of a hairy mess 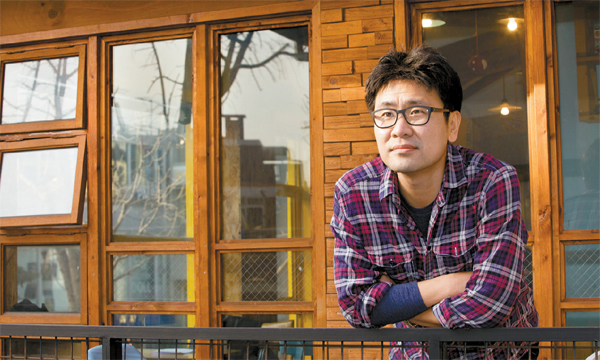 “Love Fiction,” the new film by Jeon Kye-su, has a quirky element that is generating a buzz on the Internet: armpit hair.

Since before the film’s release on Wednesday, the phrase has become one of the top searches on major Web portals. But there’s more to this film than that. 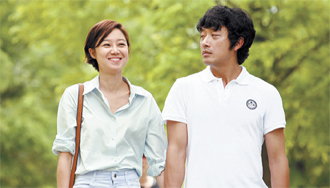 Obscure novelist Gu Ju-wol (Ha Jung-woo), right, finds his muse, and a new girlfriend, in Lee Hee-jin (Kong Hyo-jin), but struggles to come to terms with his newfound commitment.Provided by Samgeori Pictures

The plot follows Gu Ju-wol (Ha Jung-woo), an obscure novelist who is looking for a muse. Although he finds what he is looking for in Lee Hee-jin (Kong Hyo-jin), and even begins work on a new novel, he soon becomes overwhelmed by Hee-jin’s past loves and unconventional habits, including the fact that she lets her armpit hair grow instead of shaving.

The film is unique in that it unfolds from Ju-wol’s perspective and highlights the challenges in romantic relationships, whereas most Korean films present a more positive and less nuanced picture of love.

In making Ju-wol the focus, the film shows how men beg for love and quickly lose interest in their partners once they are stuck in a relationship.

The script by director Jeon Kye-su was completed five years ago but Jeon couldn’t find anyone to invest in the unconventional romantic comedy, largely because industry insiders considered the plot to be too difficult for the general public to understand.

But the film has become a box office hit with ticket sales that have surpassed expectations.

Jeon made his directorial debut with “The Ghost Theater,” a mixture of a motion picture and a musical, back in 2006.

The Korea JoongAng Daily recently caught up with Jeon and talked with him about his insightful and unconventional romantic comedy. Here are excerpts from the interview.

Q. I thought the film was hilarious because of the armpit hair thing, but it also touches upon a serious issue about relationships and people who expect a lot of comedy from the film might go away disappointed. Are you worried that the marketing for the film focuses too much on the comedy surrounding the armpit hair?

A. Yes, I am. I didn’t try to make the audience laugh out loud with the bit about the armpit hair.

It’s just one device for the male character when he begins his relationship with his muse. Because of it, he stands at a crossroads - embrace the hair and the girl and jump into the relationship or vice versa. That’s why we just used a minimum amount of hair so that it looks real.

I also told the actors that the scene wasn’t meant to be funny.

You’re working with two of today’s hottest actors, Ha Jung-woo and Kong Hyo-jin. What was that like? Many fans have high expectations for the chemistry between them.

They were perfect in many ways. They gave us their best in just a couple of takes. I couldn’t have asked for more than that.

In fact, the script was written for Ha and he committed to the film four or five years ago but Kong was a later addition to the cast.

Prior to that, almost every famous actress we approached turned the project down, but Kong accepted it. I felt sorry for her because I should have given her the script first but didn’t. But without her, the film would have been impossible to complete because she created such a believable and lovable character.

You started to writing the script for “Love Fiction” after seeing “The Chaser,” in which Ha played a serial killer. What aspect of Ha’s character from “The Chaser” inspired you to create an immature male character like the one in your new film?

In the film, Ha has the face of an innocent man before he kills. After all, the character is an immature man who has an extreme fantasy about sex. In addition to that, he wears white briefs and undershirts like a young boy. To be honest, I really like his face because it’s so versatile. He could be anyone with that face.

Tell us about your friendship with Eom Yong-hwun, the head of Samgeori Pictures, who also produced the recent hit “The Crucible.” He told many reporters that he’d launched his own production company because he wanted to develop your script into a film. He even sold his apartment in order to launch the company.

The production of “Love Fiction” was canceled in 2009. We had this good actor Ha Jung-woo but investors changed their minds because they thought the script lacked widespread appeal and the public wouldn’t like or understand it. But Eom has been on my side for many years.

“Love Fiction” and “The Ghost Theater” are very different in terms of cinematic technique. It’s hard to imagine that the two were written and directed by the same person. What did you do to achieve two such different looks?

I never studied filmmaking. When I was working at an IT company in Japan, I watched films to kill time and that’s how I got into the industry. For that reason, I have little knowledge about filmmaking and it’s given my films a very different look. But that’s what I want to achieve with my films. My next film, a serious mystery thriller, will be made in a whole different style.