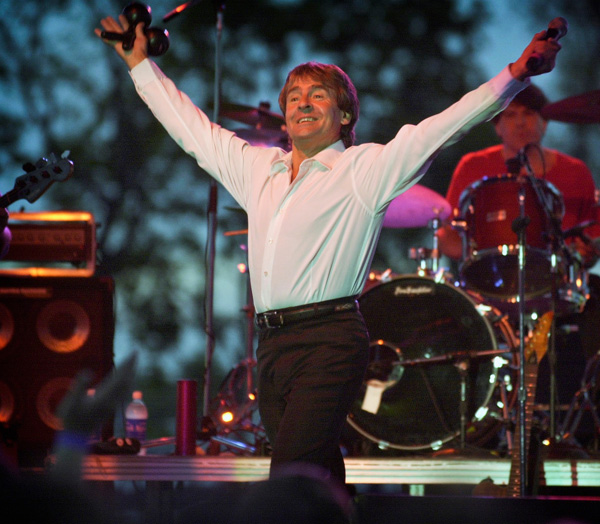 WEST PALM BEACH, Florida - Davy Jones, the British lead singer of the 1960s group The Monkees, died of a massive heart attack Wednesday in Florida, his spokeswoman said. He was 66.

His publicist, Helen Kensick, confirmed that he died in Indiantown, Florida, where he lived.

Jones rose to fame in 1965 when he joined The Monkees, a British rock group formed for a U.S. television show. Jones sang lead vocals on songs like “I Wanna Be Free” and “Daydream Believer.”

According to The Monkees’ Web site, Monkees.com, he left the band in late 1970. In the summer of 1971, he recorded a solo hit “Rainy Jane” and made a series of appearances on American variety and TV shows, including “Love American Style” and “The Brady Bunch.”

By the mid-1980s, Jones teamed up with former Monkee Peter Tork, Micky Dolenz and promoter David Fishof for a reunion tour. Their popularity prompted MTV to re-air The Monkees series, introducing the group to a new audience. In the late 1990s, the group filmed a special called “Hey, Hey, It’s the Monkees.”

He is survived by his wife, Jessica. AP